8 reasons why you should work in Finland

Finland; country with just a bit more than 5,5 million inhabitants. We usually think of hockey when Finland is mentioned. However, this country has much more things to offer. Why should you consider "Suomi" when looking for work abroad? In today's post, we summarized several reasons:

1. Finland as the happiest country in the world

In 2019, Finland defended the title of the happiest nation twice in a row and became the happiest country of the 156 countries considered (by comparison, Slovakia finished 38th and Poland 40th). Factors in favor of Finland include, among others, gross domestic product, life expectancy, social support or the almost complete absence of corruption...

Finland's previous achievements in international rankings also show that this award is not accidental. "Suomi" has also ranked as one of the countries with the highest quality of life and one of the most peaceful states. 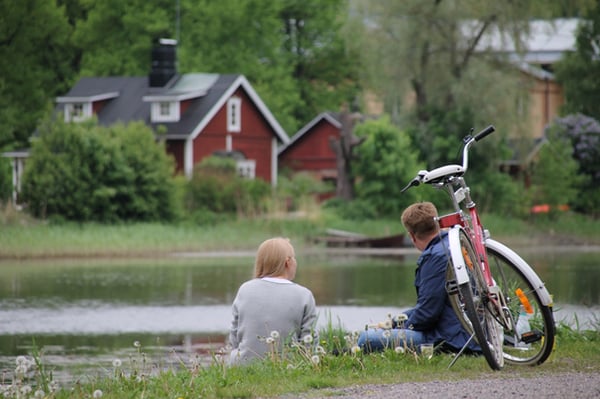 As locals say, Finland is one of a few countries where if you lose your wallet or mobile phone, there is a good chance that you will get it back. This was confirmed by an experiment in which 11 out of 12 intentionally lost wallets in Helsinki returned to their original owner.

In this country, people simply do not worry about walking alone in the city or parks at night or using public transport regardless of the daytime (nighttime) hours.

Security in Finland has also another dimension. According to the 2019 Travel Risk Map (the map evaluates countries according to the amount of health risk, general safety and road safety), Finland shows the lowest overall level of threat. Finland also has one of the lowest levels of organized crime. Within Europe, Finland also reports the highest level of confidence in police forces. 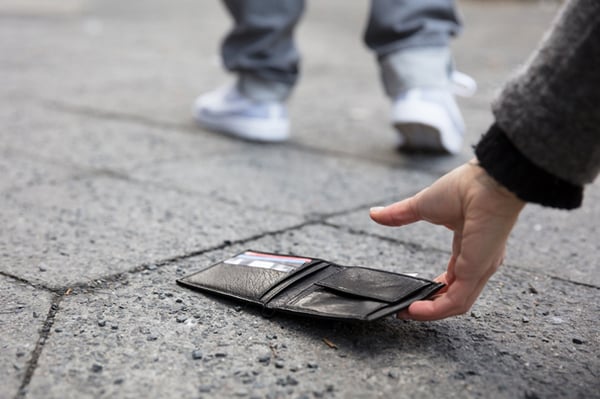 Finland is undoubtedly associated with beautiful and untouched nature in many places. It is not surprise, that this country is sometimes called the land of thousands of lakes. In fact, however, it could well be called a country of thousands of hectares of trees: it has the largest number of forests per m² of all European countries. More than 70% of Finland's territory is occupied by forests, birch trees and oaks, as well as mushrooms and berries (even those not found elsewhere). The forested area in Finland is larger than the total area of Italy or the United Kingdom.

As for the lakes, Finland boast over 188 thousand lakes. Of all the countries in the world, Finland has the most water in relation to the land area. It has also one of the cleanest waters. The lakes are also home to thousands of fish. Finns love fishing, so no wonder fishing is one of the most popular leisure activities. 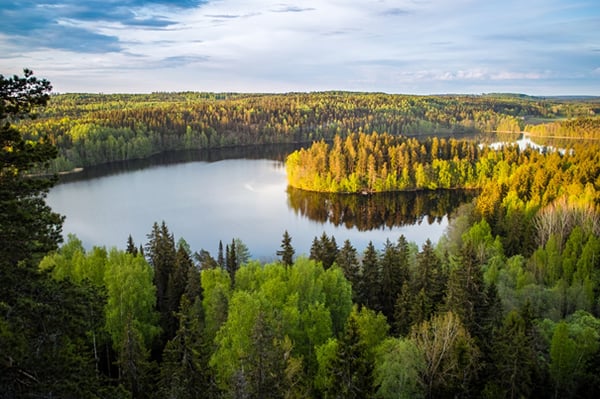 Finland is one of the few countries that offer the opportunity to observe one of the most beautiful atmospheric phenomena: the Aurora Borealis. The northern part of Finland near the Arctic Circle offers a unique opportunity to see this heavenly theater. However, we know from the experience of our Finnish colleagues that, under certain conditions, the aurora can also be seen from the south, including the capital Helsinki. 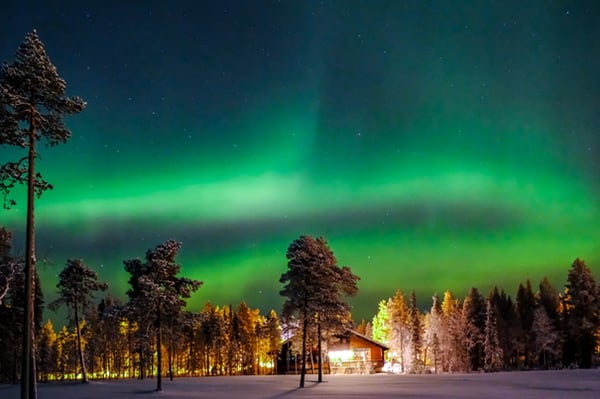 Sauna is very specific to the Finnish: there is no other nation that would love sauna as much as the Finns. There are approximately 3 million saunas for the entire Finnish population (5.5 million people). This traditional way of relaxation is accessible not only to locals: in almost every Finnish city we can also find public saunas. In addition, if you combine a sauna visit with a visit to a classic Finnish cabin by a lake, an authentic relaxation is guaranteed. 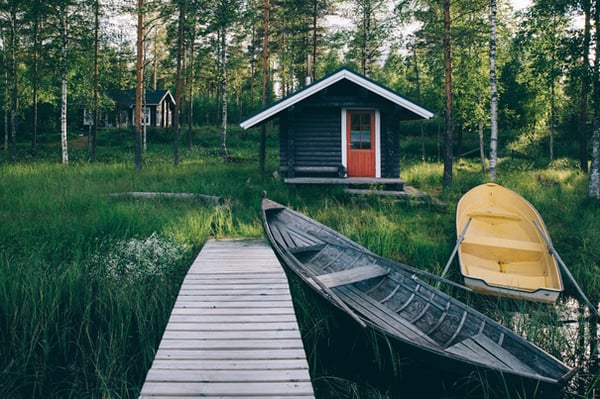 The ski season in Finland can last up to half a year, from the end of October to May. Downhill skiing is not hampered by short days: the slopes are lit. If you prefer cross-country skiing, especially Lapland (north of Finland) offers hundreds of kilometers of quality cross-country trails. 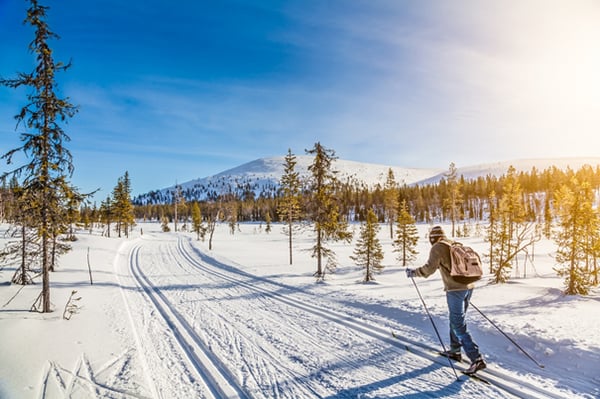 Finland has very favourable working conditions. Indeed, this Nordic country ranks among the top in Europe in terms of working conditions for employees. The concept of 'work-life balance' is becoming increasingly strong here, irrespective of industry or job position. In short, employers in Finland are beginning to realize that it is necessary to have time for leisure activities. This concept is also reflected in the working regime.

Equality and willingness to help colleagues are important values for the Finns. Compared to other countries, occupational safety, informal work patterns and high employee independence are also important. In other words, superiors respect their subordinates as independent individuals and allow them to express their views, participate in decision-making or bring ideas to improve the business. 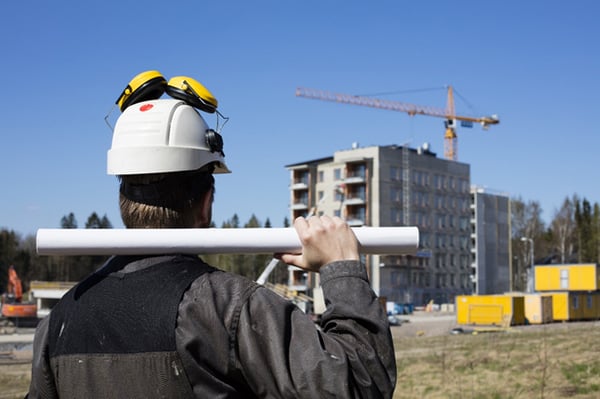 Finland, unlike many others (including Slovakia and Poland), has not introduced the concept of a minimum wage. Instead, the remuneration is determined on the basis of a collective agreement. In practice, this means that financial remuneration in specific sectors should be somewhat higher than in countries that have minimum wage rooted in their law.

Moreover, the basic salary component is topped with bonuses. Their form and amount depend on the specific position and the particular industry. 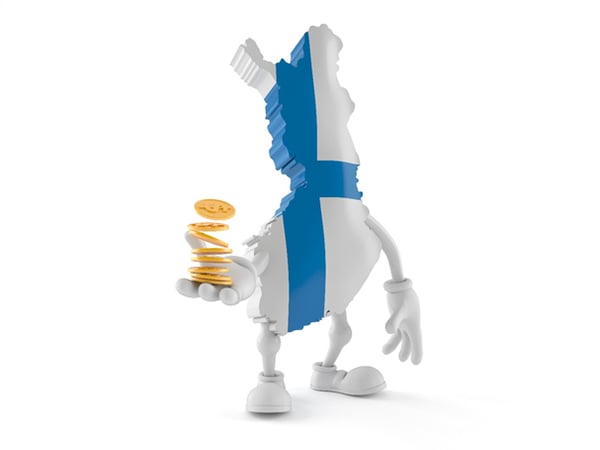 Finland thus offers a large number of positive things. This article would have been too long if we wanted to name each one of them 😊 .

So, if you want to experience these things for yourself, feel free to send us your CV! Barona employees will be happy to help you change your life 😊.